To enter the Maison Lacassagne hotel is to enter a timeless place. A parenthesis of sweetness that transports you. In a pure Art Deco style, this place with soothing charm welcomes you in a flowery atmosphere, warm and comforting colors. A unique universe of calm and sweetness that contrasts with the hustle and bustle and clamors of the city. Take time to rest or enjoy the city through its historical places and culture.

From morning to evening, let yourself go into the elegant universe of the hotel, the whole team will welcome you warmly, with a smile on their faces, to make you discover the priceless hospitality of Maison Lacassagne. When you wake up, you can recharge your batteries during the famous breakfast.

Our 43 recently renovated rooms have all the necessary equipment for your comfort. More than just a hotel, the Hotel Maison Lacassagne is a place that can be discovered and enjoyed throughout the day.

Take advantage of additional services such as dry cleaning, ironing room, shoe polish at reception and bike storage if you are staying by bicycle. 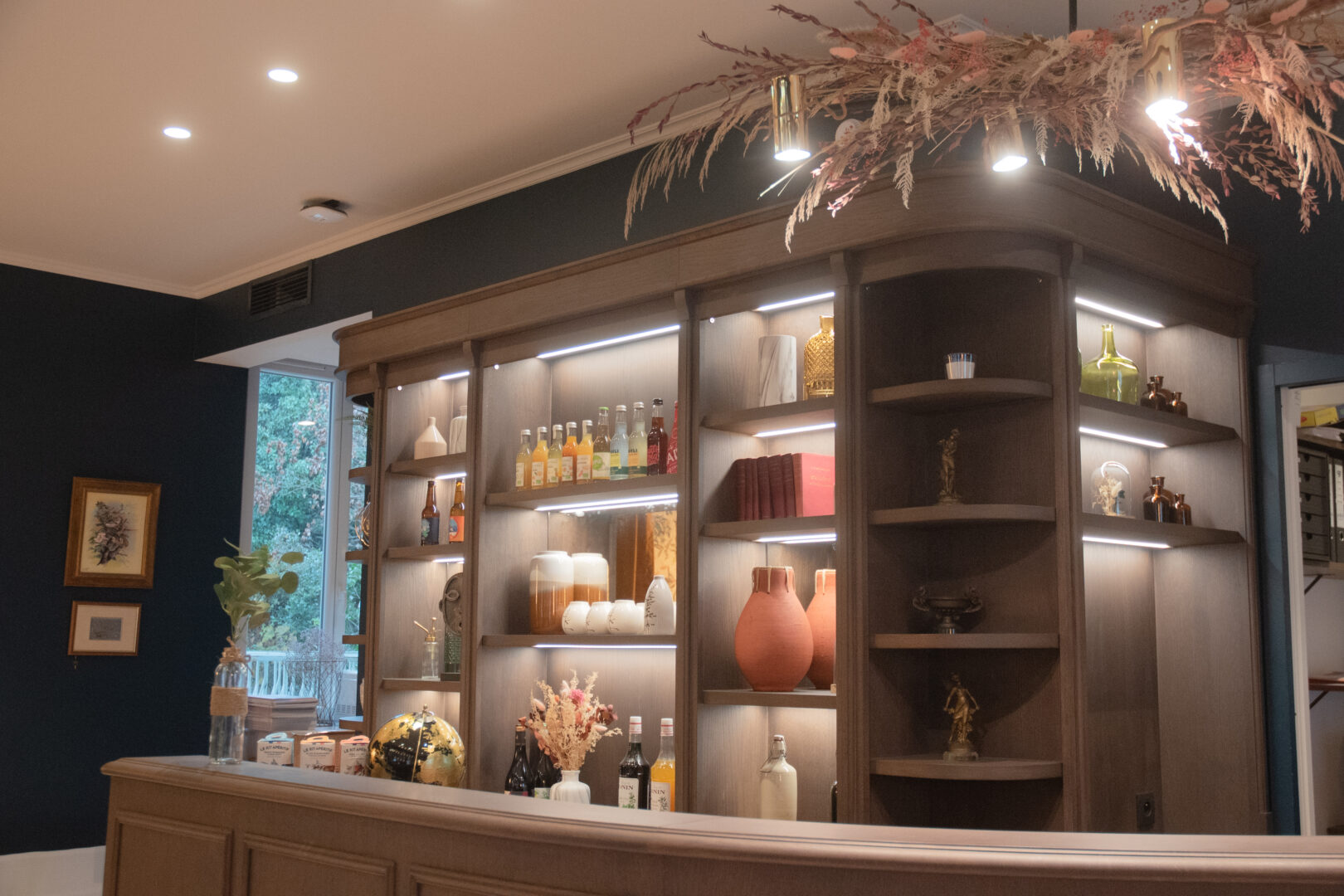 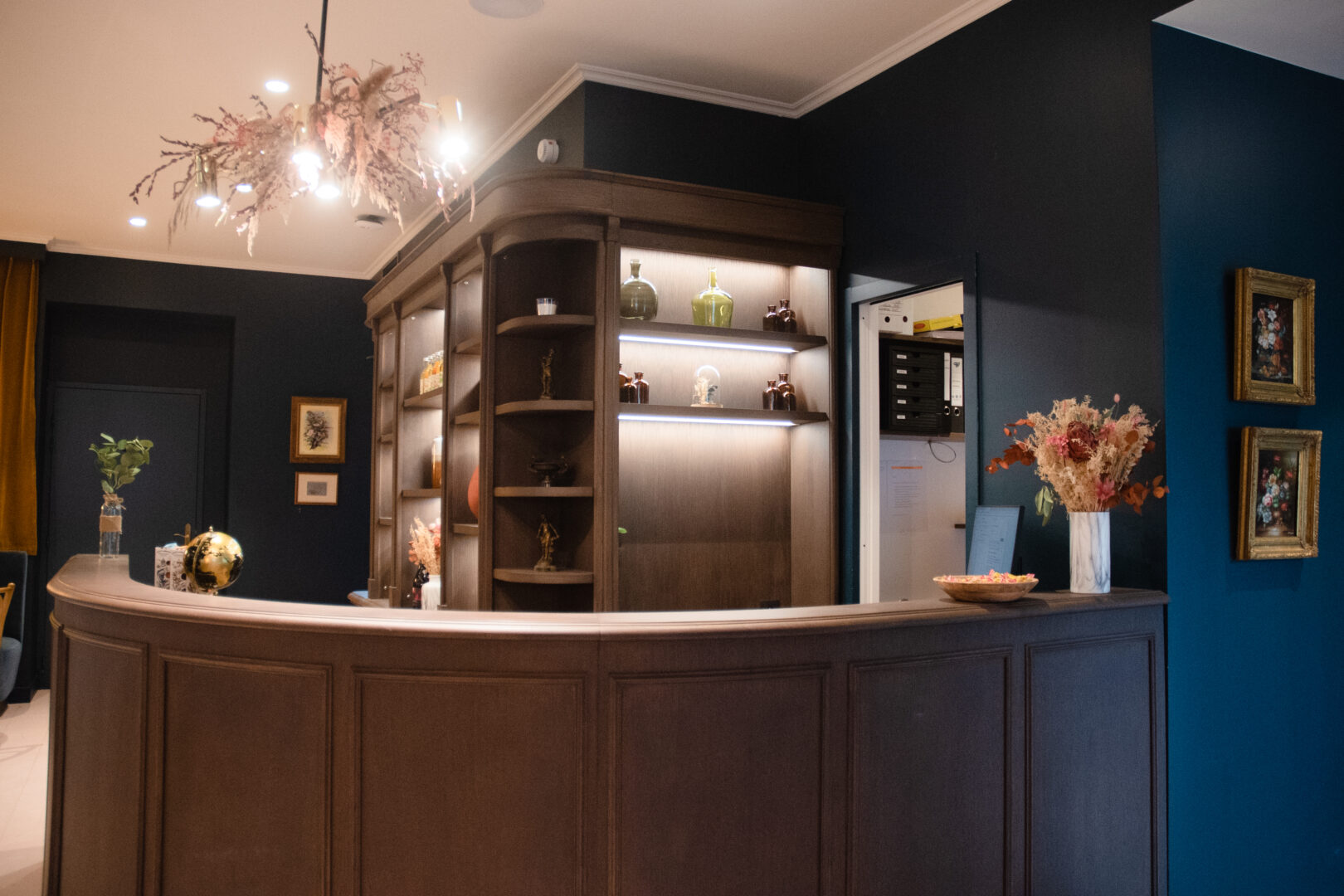 Alexandre Lacassagne is one of the major players in medicine at the end of the nineteenth century. Forensic pathologist, professor at the Faculty of Medicine, lecturer, judicial expert… this man with many hats is one of the founders of criminal anthropology. Passionate pedagogue and touches everything, he shares his experiences, transmits his knowledge over many years. Later, he went so far as to open a school of criminology, then a museum dedicated to the history of medicine and pharmacy.

Although hard worker, this great man also happens to be a caring parent with his 3 children and a loving husband with his wife Madeleine. When the scholar Lacassagne is not at the university, the morgue or the courthouse, he invests the city and marvels at it. Strolling alone or sharing his Sunday walk, the cobbled streets of Lyon are imprinted with his footsteps. So much so that it is still inscribed today, inscribed in the toponymy of the city.

As passionate as Alexandre Lacassagne may have been, his home remains more soothing than a morgue or a laboratory. So, when the sky turns orange-pink, the father returns to the home where his children are waiting for him, he kisses his wife and relaxes, a pipe by the fire… Puffed after puffed, evacuate the stress and pressure that overwhelms him. Let's not lie to each other, nothing beats the comfort of his cozy little nest.

The fumet that comes out of the oven, perfumes the kitchen and invades the living room. The fire of the fireplace makes the shadows of the room dance, when the crackles resonate in the duct, disturbing the silence of the approaching twilight. Around him, a plethora of statuettes and objects adorn the room, memories of all kinds, from all horizons. Like a place where everything that had shaped it was brought together. A comforting space where to take refuge, a shelter where to enjoy simple happiness, a house, his own.

At Alexandre, stress remains at the door to give way to simple pleasures. Because it is the small pleasures that make the great happiness.